← back to
Kill Rock Stars
Get fresh music recommendations delivered to your inbox every Friday.

The People At Large

by Amps For Christ 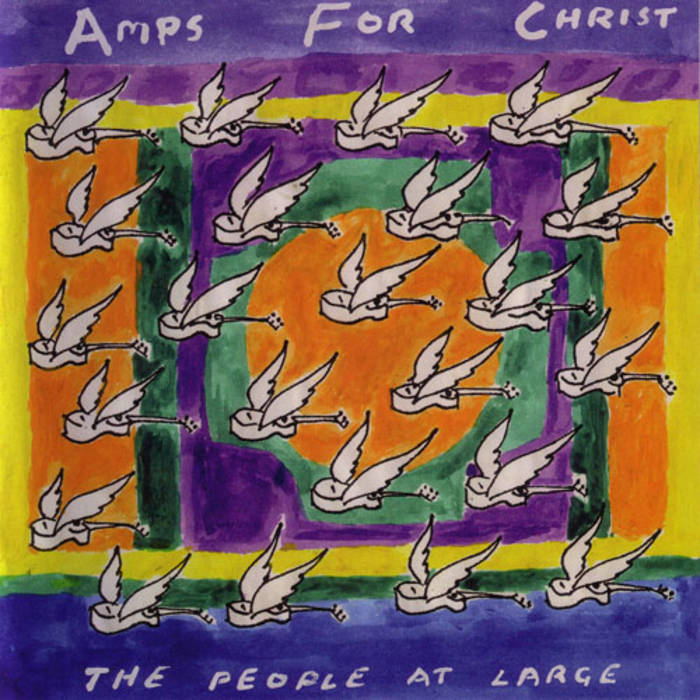 No longer in use

Amps For Christ began as a solo endeavor after Barnes left Man Is The Bastard as their guitar noise and prepared chord organ player, in early 96. Keeping a hardcore influence but mixing it with traditional British Isles/ Appalachian folk made for a thing referred to as "Folkcore". Since then the band has had from as few as one to as many as eight participants at any given time.
The next full-length album is going to be released by 5rc in early 2004. It is called "The People At Large" and there are many collaborators on it . To name a few, there`s Tara Tiki Tavi (Sodamn Inssein / Aye Aye Captain / Thundersnail), Connell ( Man Is The Bastard / Savage Republic / Lux Nova Umbra Est ) Ezra Buchla ( The Mae Shi ). The variation of styles is eclectic, going from traditional Scottish to hardcore to pure noise to beat poetry to spoken word.
AFC loves to experiment and build strange looking and configured instruments, as well as big single-ended tube amps and " Caveman Electronics " to use live and for recordings at Newfort Studio in Claremont CA where most of their recording is done. Things like the ratio in pitch movement between a ghost- tone or beat-tone and the two or more tones that created it (maybe around 100 to 1!) are of great intrigue to the band.
This Band has a great love for DIY and like Man Is The Bastard, a political bent against capitalism run amok and the ruling media whores that wont stop killing the planet and the lies they believe like that alternative energy is "unviable"! AFC is for Christ but against the FAKE Christ for profit right wing elitist blind comfort loving destroy the Earth and bring on armageddon church! The band is planning nationwide tour this coming spring / summer and is looking forward to performing for people at large around the country.
ENID SNARB

Bandcamp Daily  your guide to the world of Bandcamp